Some users occasionally encounter a panic during OS hardware detection on 2.4 running under ESXi 6.5.0 U1 (Build 6765664) -- before handoff to our code -- in vga_bitblt_text(). Because it is before the handoff to our code, DDB is not yet configured so the VM drops to a db> prompt and waits for input. The crash is unusual in that it does not happen to every VM at every boot. It is random and only affects a small number of reboot attempts. The crash happens before disks are mounted so filesystem corruption is not a concern.

From reading those bug reports, it appears to be a race condition in the VT code.

If the crash is in VT, another possible solution would be to switch affected VMs to the sc console by setting kern.vty=sc in /boot/loader.conf.local

So far over 12 VMs on 2.4.x and FreeBSD 11 I have only managed to make it happen once on my lab ESXi host. See the attached image for the backtrace.

The fix is already merge and will be available on next snapshot.

Once a patched version is available in a release, that change will no longer be necessary.

For information, the same problem occurs in Workstation 12.5.7 (build 5813279), vm hardware version 11.
It happened to me 3 consecutive times and then no more despite several restarts.

For reference, at least one person appears to have encountered it on ESX 5.5 as well, though the majority of users are only seeing it on 6.5.0 U1.

I can't reproduce this on 2.4.1 snapshots but it was so random before that doesn't give me much confidence.

Anyone else experiencing the issue can try upgrading to a 2.4.1 snapshot to see if it still crashes. 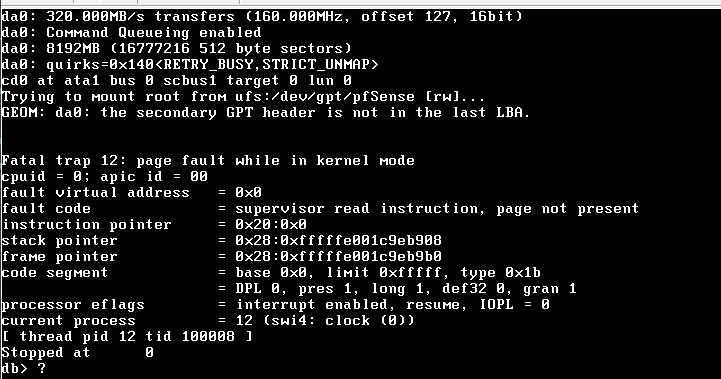 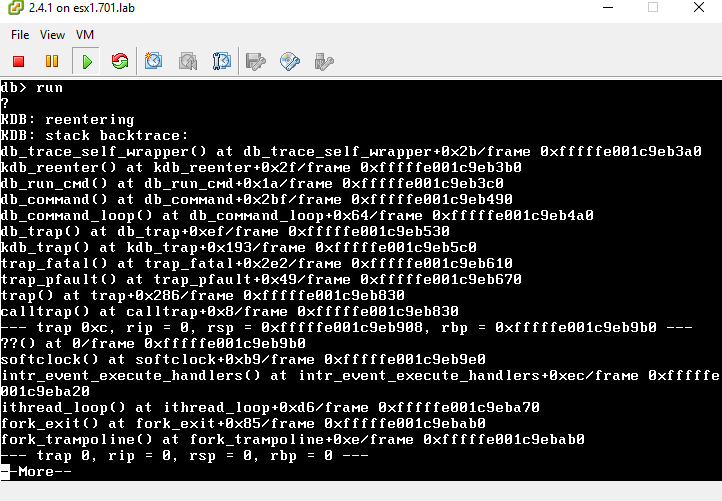 Ditto, I see a similar crash. I had to reboot 5 VMs a few times before one of them failed. 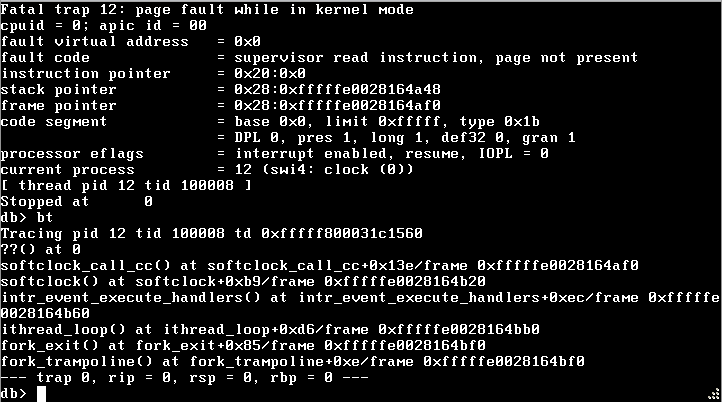 The recent crashes seems unrelated to the original crash in VT.

They actually seem to happen quite late in the kernel boot to be related to a VT crash.

We should open a new issue to track this new crash.

Ok, I see now the two different crashes on the OP post.

While I take back part of what I said before, It still doesn't look related to the VT.

To rule that out we should setup the kern.vty=sc workaround and continue testing for a bit to see if it still crashes. If it does, then it must be something new.

I ran some more tests:

So that's 144 crash-free reboots total on 2.4.1, and half of those should have met the conditions to trigger the VT race if it was still a problem.

I was hoping to reproduce it again to see if I was related, but now I'm not seeing it either way.

If we can manage to reproduce the conditions for that swi/clock crash we can open a new ticket for it.

For reference, at least one person appears to have encountered it on ESX 5.5 as well, though the majority of users are only seeing it on 6.5.0 U1.